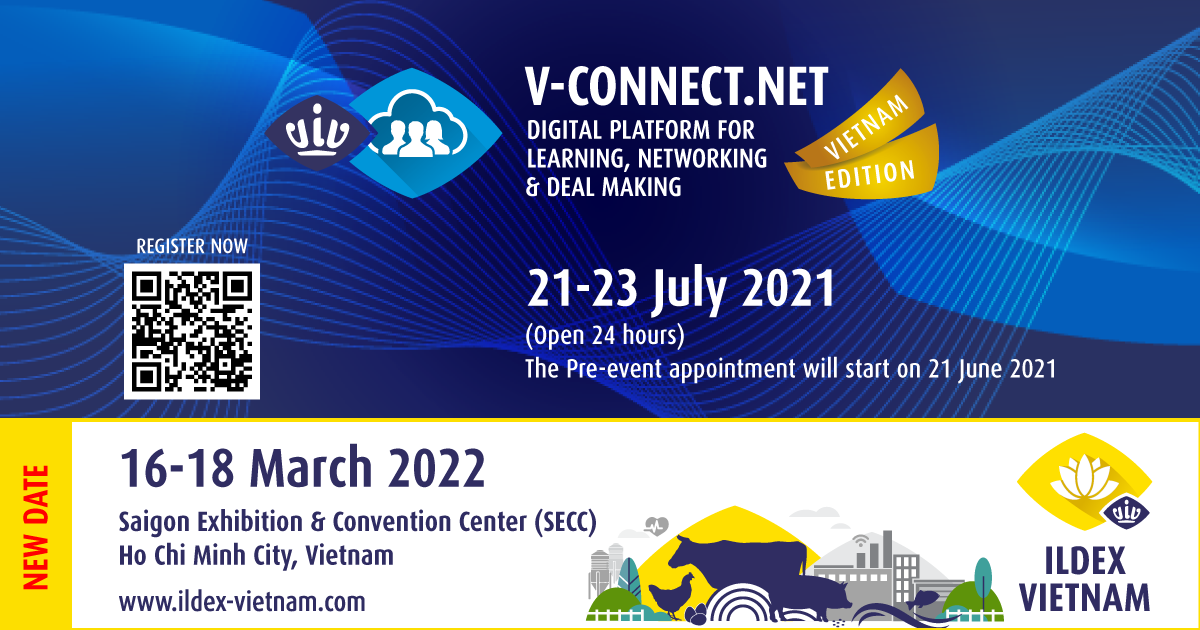 There is a huge development in the shrimp industry, and amazingly it’s gone completely under the radar. Because of a widespread viral infection, the industry has lost tens of millions in the past weeks, and all farms countrywide have had to take steps to start all over again from scratch. The infection was transmitted by birds that harbour around the shrimp farms. That has resulted in extensive layoffs, though we’ve been unable to get exact figures at this time. Today, for the first time, C.E.O. in the Ministry of Agriculture Jose Alpuche spoke on the situation. Credit: http://bit.ly/1HRbMFO 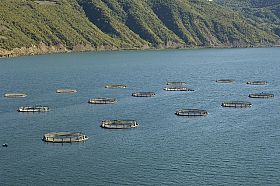 How Norway Avoids Antibiotics in Aquaculture

NORWAY - Over the past few years Norway has cut its antibiotic use in salmon farming to virtually zero. This has led to a flourishing industry and a reduction in the risk of antibiotic resistance in humans. Credit: http://goo.gl/RFuixj 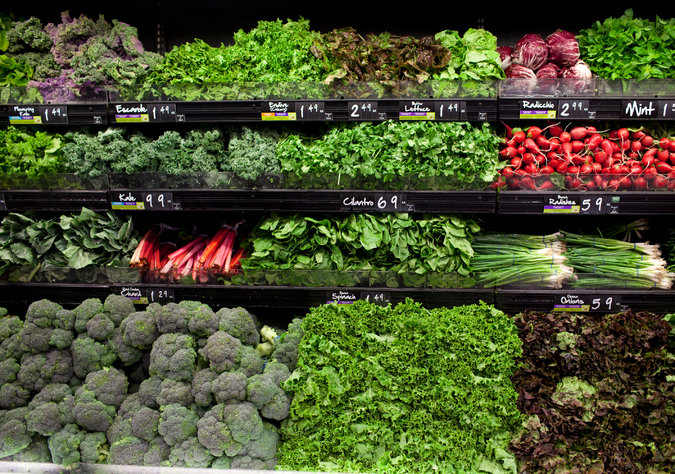 WASHINGTON — Five years after Congress passed a landmark law meant to prevent the importation of contaminated food, the Food and Drug Administration on Friday made final new rules that for the first time put the main responsibility on companies for policing the food they import. The rules also include new safety standards for produce grown on American farms. Some take effect in a year. Credit: http://goo.gl/hp02mE

Philippines Plans to Double the Production of Farmed Shrimp

As demand from the United States and Japan continues to grow, the Philippines hopes to produce 130,000 metric tons of white shrimp a year in the near future. Credit: http://goo.gl/4ULcrh

IN BRIEF - Government to Revise National Policy on Marine Fishery

NEW DELHI - The government today said it is in the process of revising the national policy on marine fisheries and has sought inputs from the stakeholders. Credit: http://bit.ly/1MbaQe9 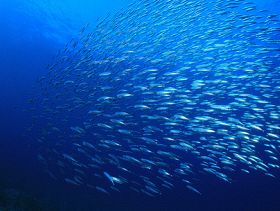 GLOBAL - The sensitivity of marine communities to ocean warming rather than rising ocean temperatures will have strong short-term impacts on biodiversity changes associated with global warming, according to new research. Credit:http://bit.ly/1SMZmA6

Over the past few months, Florida Organic Aquaculture has completed most of the outside construction of its second production facility. On the inside, it has installed insulation and four of 16 raceways. Four more raceways will be filled with water by the end of 2015. Credit: http://goo.gl/ioFEv0

Shrimp News: I’ve removed some of the technical aspects from this long, Global Aquaculture Advocate article on aeration, but you can find them all by clicking on the link in the source below. Credit: http://goo.gl/gXS9m0 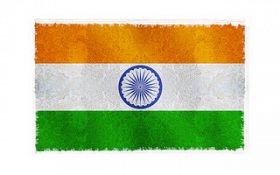 INDIA - The minister of agriculture, Radha Mohan Singh, has announced that the government is in the process of revising the National Policy on Marine Fisheries which includes aquaculture. Credit:http://goo.gl/9Ij8lU

The 65-cents-a-pound that fisherman Dwayne Harrison was getting for small, head-on shrimp during the last week of October 2015 was one-third the price of a year ago, and less than his catch sold for in 1998. Credit: http://goo.gl/wSi1tK 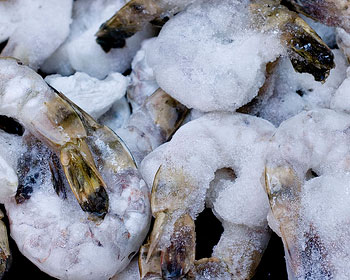 The US Food and Drug Administration (FDA) refused a total of 377 entry lines of shrimp products for reasons related to banned antibiotics through the first nine months of 2015, representing record high compared to the previous three years combined. Credit: http://goo.gl/Tnm2oe 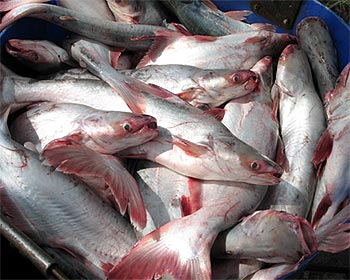 The Vietnamese Government has approved the plan devised by the Ministry of Agriculture and Rural Development (MARD) to amend regulations related to tra or pangasius rearing, processing and exporting. Credit: http://goo.gl/Rer8wZ 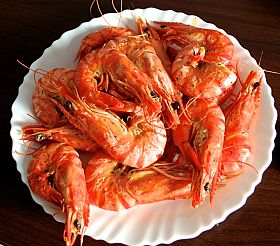 US - For the second year in a row, Americans are eating more seafood. Health conscious consumers appear to be helping reverse a trend that saw seafood consumption slipping. Credit: http://goo.gl/c4K4CA 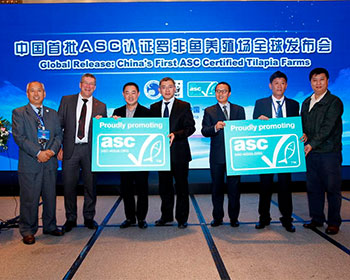 The USA National Oceanic and Atmospheric Administration (NOAA) recently released its annual fisheries report for 2014, which showed that per capita consumption of “seafood” rose by 0.1 pounds. Credit: http://goo.gl/In4kJo

In the first nine months of 2015, according to Vietnam’s National Agro-Forestry-Fisheries Quality Assurance Department (NAFIQAD), the number of seafood shipments refused because of banned antibiotics exceeded the number refused in all of 2014. On October 29, 2015, NAFIQAD, within the Ministry of Agriculture and Rural Development, reported that 165 seafood shipments failed to meet food safety requirements and 78 shipments were found to contain higher-than-allowed residues of chemicals and antibiotics, up six and ten shipments, respectively, compared to 2014. Credit: http://goo.gl/bDfxlx

From Abstract: In the Philippines, acute hepatopancreatic necrosis disease (AHPND) has recently emerged as a serious disease of farmed Penaeus vannamei and P. monodon. AHPND is also called ‘”early mortality syndrome (EMS)” because it results in mass mortalities during the first 20 to 30 days of growout. In P. vannamei, histology revealed typical AHPND pathology, such as sloughing of undifferentiated cells in the hepatopancreatic tubule epithelium.Credit: http://goo.gl/3cUN5M 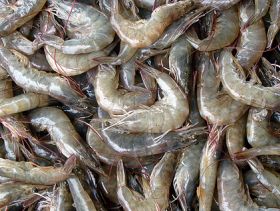 At the Global Aquaculture Alliance’s Global Outlook on Aquaculture Leadership (GOAL) conference (Vancouver, British Columbia, Canada, October 26–29, 2015), Dr. Jim Anderson—Director of the Institute for Sustainable Food Systems and a Professor in Food and Resource Economics at the University of Florida—presented the results of his annual survey on world farmed shrimp production. Credit: http://goo.gl/YNjI9P

At the Global Aquaculture Alliance’s Global Outlook on Aquaculture Leadership (GOAL) conference (Vancouver, British Columbia, Canada, October 26–29, 2015), Abu Bakar Ibrahim, CEO of Blue Archipelago, a large shrimp farm owned by Malaysia’s sovereign wealth fund, Khazanah Nasional, said his company has seen some good results from using a strain of Penaeus vannamei imported from Latin America that reduces the occurrence of early mortality syndrome (EMS) on its farms. Although trials with the new strain are still in their early stages—the strain was introduced this year—Ibrahim said he has seen positive results, with mortality rates and EMS prevalence lower. Credit: http://goo.gl/IZL77J